Hello friends and greeting in the name of the Jesus the King.

Do you remember in last month’s letter I said to be on the look out for a 90 day notice to the date we are watching, September 12th. That was yesterday, June 14th. Well that has just been fulfilled by the Japanese currency, the Yen, crashing to a 24 year low and hitting a bottom on June 14th, as you can see in this yen to dollar chart. 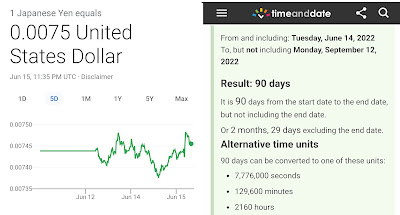 Will a lower low come in on the yen? The answer is eventually yes, but this news release on June 13/14, with the bottom of that 24 year low, coming in on June 14, I believe is our 90 day notice that I told everyone to watch for in the May newsletter. The Yen, Japan’s currency crashing, is a foreshadowing of Japan crashing and these signs tell us, its coming in 90 days,  and in the mega quake/tsunami prophecy testimonies. 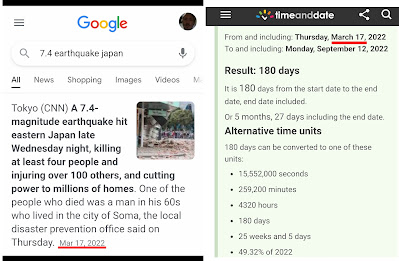 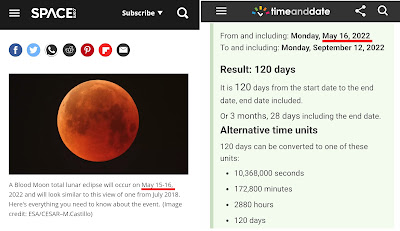 and now with the Japanese Yen crashing, a 90 day notice to Sept 12.

Talk about prophecy coming to pass before our very eyes. WOW

Friends, I told you in last month’s news letter, to watch for a “90 day notice” sign. This just went into prophetic “beast mode.” I hope now, you will be on watch for that September 12 expiration time for Japan tsunami.

What has lead me up to watching for that date? In Confirmations 12, 14 and 17 at the 911quake.com, I tell how we have several significant Sept 12 markers…

3. how on the Sept 12 2021 one yr anniversary, I received those significant signs,

These are all exact dates and times within a 24 hr period.

That’s 8 synchronicities, some of which are very strong signs to us, especially the 5/11/21 earthquake book release date, since that date is also 511 days to October 5th, God I believe marking both the tsunami and mega quake, to watch for both those dates, as is laid out in the testimonies, Japan tsunami, then the California mega quake weeks later.

Many legal contracts have 180, 120 and 90 day notices to them. I believe God here, is giving us many markings to the vast wide spread destruction this tsunami from Japan is going to bring to the Pacific and the US west coast line. This is that Japan tsunami warning event I’ve been warning about that comes weeks before the California mega quake event.

Friends, there are many legal contracts with 60 and 30 day notices as well. Will we get those notices coming up? I do not know, but it is a very worthy prophetic watch to look out for, so let us be on watch for that as well.

For rental property being foreclosed upon, in California, a 90 day notice is required prior to being evicted. With this 90 day notice, God is giving a notice to Japan and the tenants of parts of California, that their land is being foreclosed upon with the mega quakes coming. He has blessed their lands for decades, allowing them to prosper, but now, God is removing that blessing because of their great sins they refuse to repent of.

I’ve been blessed to have a lawyer friend come along side of me to be a co laborer in this word. He’s put his money where his heart is too, by promoting this prophetic warning thru a google add campaign. I’m now getting about 200+ more visitors a day from that. Thanx Greg G. May God richly bless you and eternally reward you for the goodness in your heart and how this word of warning is going to save some people’s lives and in the process, awaken them to Jesus. The 911quake.com site now has 77,028 visitors and the 17 confirmations page there has over 5000 shares, though it doesn’t show it because I changed its address from a blogspot, to earthquakeprophecy.com

I continue to flyer cars here in the west bay area and from 230,000 flyers ordered, I have close to 26,000 of them left, which I’m going into the heart of what is prophesied to be the epicenter, San Francisco and reserving most of them for there. I also made a YouTube video of this from Palo Alto. At the wise council of my Lawyer friend, I’ve also uploaded videos to Bitchute and Rumble, incase the YouTube police choose to sensor my videos, once this all comes to pass.

It’s pride month and man are they ever pumping the pride all over the TV and in everything, from sports, to music, to ever commercial it seems, flashing the rainbow sign. It’s almost like they’re really trying hard to indoctrinate the children into even trying to convert them to be that. I’m convinced this earthquake and tsunami is judgment, but the people do not believe God judges and actively is in the affairs of men. They believe he’s just a puppy love in the sky, a big cell phone battery up there called “the Universe”, which grants random blessings to those worthy, but never judges or is critical of anyone’s idolatry they hold so close to and without even any evidence to it. It baffles me how people can put a blind faith in something they don’t even have any real supernatural experience with, but are just flying fluffy hippie space cadet glow. The air in that balloon is gonna pop really soon and I hope I’m there to help them awaken out of being “woke”.

Until the next one, lets watch for that 60 day notice and be praying for what I believe will be a great awakening to the people here in California when these events come. Please pray for my protection because God’s got great plans for me as an evangelist, but the enemy would love to spoil those plans.

And also remember to keep storing up food and water filters and other essentials. I believe were gonna see food shortages and great economic stress, as I’m also on watch for a currency crisis coming from the China/Saudi oil deal as well. These are huge trauma events and if this is what’s going to awaken people to Jesus, then so be it. Better to be a servant there and live, than to be a king here and die. Of course, we have so much more to look forward to than just being a servant. Our reward is great. Look up and be blessed to know, he is coming soon, I believe, in less than ten years from now, and I don’t blindly believe that at all. I have many evidences to it at 6000thyear.com

Until the next one, in Christ, Bill Weather