Greeting friends, in the name of Jesus Christ, our coming King.

I feel very tense about this month's e-letter update because of what I recently have seen and heard... and that is, a timing to watch for when the US dollar gets almost overnight, pummeled by like 30% to 50%.

A recent article by Michael Snyder hit me hard. His letters usually don't grab me too hard, but this one did, because it was a serious match of a prophetic dream I recently heard, which is also aligning with the up coming Shemitah season (economic crashes every 7 years). 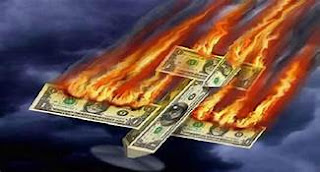 In the Michael Snyder letter, he describes how China is in negotiations and offering the Saudis very lucrative incentives to trade their oil in Chinese currency, the Yuan. If that happens, it would be an economic earthquake as big as the mega quake coming to ruin California in October. It would set off an economic domino effect of extreme hyperinflation, at first making everything overnight cost like 30 to 50% more.

What really has me on big watch is this prophetic dream that was given late February as a possible confirmation to watch. The implications are astronomical. 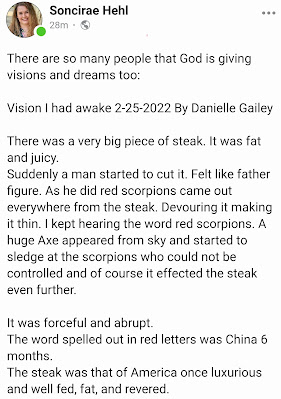 Now bare with me for a bit because I have another confirmation to all this that is quite the tell. If you look up in my 17 confirmations to the California mega quake coming, confirmation number 10, in there I discuss some truly incredible synchronicities that occurred on August 22nd... here is a picture of those numbers...

So this is something to prepare for that I believe could be coming then. How to prepare? A very low risk move would be to put your savings in gold or silver mid August. if nothing should happen, you could sell it back to the market in a short time to get all your US dollars back (why would you anyway?). That's a safe bet. If the dollar should be devalued, the stock market would be repriced to reflect the devaluing, so it would go up big, but then crash in a massive sell off. However, gold would be more stable than silver and in the months following, continue to climb because the .gov would be forced to print way more money to bail out everyone.

Times are going to get very volatile this up coming Shemitah. With also the California mega quake taking out a major economic engine of this country, that would really devalue the dollar, making everything go up huge in price, especially food and when the food becomes unaffordable, it always leads to revolution, just like prophesied in a few of my prophetic dreams and as well as from others getting that same prophetic information.

So here we have some synchronicity to watch on and I wouldn't take it lightly. The Chinese are a crafty bunch and the offer will be too good for the Saudis...

Hence, would we see a false flag opp again,  to pin it on the Saudis? That is also something to watch, of which those simple minded have no idea and are oblivious.

We are in for some serious shaking. I continue to warn Californians of what is coming their way Sept and October. I now have over 100,000 flyers out and continue daily to flyer cars warning them of the judgment that is going to befall this State then.

Until the next one, please pray for my protection and his leading. I'm spiritually doing well and continue to spread this word in hopes of awakening  anyone who would simply remember what was told them in the flier when it comes to pass, which will, as God draws, lead them to the saving grace of our Lord and Saviour Jesus Christ. Is'nt that what its all about? And should'nt we expect there to be great shakings right before he comes? So why are some of you so fearful? Let's see how strong we'll be when this actually occurs, amen? Until then, look up, and pray how you might be a faithful steward to eventually give it all away in some form, whether that be feeding people, helping pay bills, or offering compassion and hope to someone in need.