Greetings Friends, in the name of Jesus Christ, no other name by which we can be saved.

We have several new awesome prophetic sign developments since I last wrote.

The first one that comes to mind is an amazing prophecy watch I issued from last year, in March of 2021. Read thru to understand. That prophecy watch is at nascarsigns.blogspot.com . Here’s a lil pic of it… 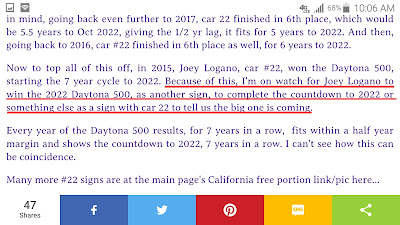 But instead of the Daytona race to open the Nascar 2022 season, they switched it to “The Clash” and of all places, in California. 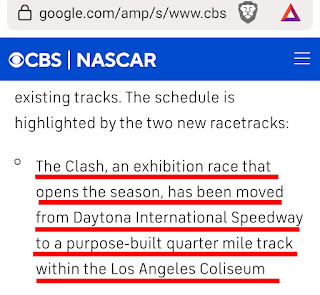 Joey Logano, car  22, won this race, as prophetically given above, to watch for

Moving the opening season race from Daytona to California, is an even greater confirmation, since that’s where the mega quake will be. Boom! As said above, when I posted this, Nascar fans mocked me, but they do not understand prophecy and how God speaks thru prophecy, the creation and events to tell us what’s ahead, that an utterly terrible crash is coming to California thru the mega quake.

As far as the Daytona race, #Joey Logano car 22, crashed with 50 laps to go. That’s at the 50th lap of 200 laps. That’s at the 75% mark of the race. 75% of the year (race) is to early October, when the mega quake is coming (as prophesied to me in this dream and many other signs) , so there’s our sign in the Daytona race, 2022 good till early October (with the sept tsunami exception), then the crash, just like #22 in the Daytona race and just like I warned of in 2021 in the above blog. So that's 2 thoughts I posted in 2021 to watch for,  that have come to pass, in the LA car #22 win to open the Nascar season in place of Daytona, and the car #22 Daytona crash, at the 75% mark of the year for early October.

Since our last chat, I’ve put up some new blogs which I’m sure you’ll find quite intriguing.

In the ww3timing.blogspot.com blog, I list my signs of the timing to world war three. I have 6 of them thus far and am watching for if Yah gives me more.

I started a historicist blog at prophecyhub.blogspot.com , which has memes expaining the historicist view of the book of revelation. I always had a historicist view, but could never put all the pieces together, until I ran into the most amazing book on it all called Revelation Timeline Decoded. That book did it for me, especially when I read of the amazing 5 timelines in it from Revelation already fulfilled with major historical events backing. I encourage everyone to get that seven dollar amazon book. It is so worth it, but from that, I felt the need to condense all the info, so I made the prophecyhub.blogspot.com blog. I also made the 666isfulfilled.blogspot.com blog as well, showing, Revelation 13 in every way, has already historically been fulfilled. I know that sounds crazy to some of you, but the historical account of no buying and selling to protesters of Papal Rome, with the many 666 backing signs pointing to the Papacy, how could I deny it? Please, just deny the triggers in your mind and go there. You will see. It’s been fulfilled.

Based on all the prophetic info given to me from on high, I see world war three is coming to interrupt the globalists plans of a cashless world everyone is touting. Just because they have those plans and technology in place, does not mean it’s gonna happen. For that, we would need to do away with dollar hegemony and if you think the powers that be want that, you’re sadly mistaken. They make huge profits off of competing currencies and sucking people dry trying to play them. Why would they want a global currency to remove that profiteering? It would be like big pharma inventing a cure for cancer. They could no longer make billions of dollars on it. Do you think they want us to have free energy, like the water powered car Stanly Meyer invented? Their oil/gas and electric car lithium mining industries would collapse and thus, trillions lost. Why would they want that?

I also recently had a prophetic dream called World War 3 Children, at ww3children.blogspot.com. In it, God is metaphorically showing a revolution coming, then as a sign right before WW3, huge military equipment leaving the US for another war overseas, which will be a diversion. We need to keep an eye out for that in the future.

I was also watching the NFL playoffs recently for prophetic signs, since over the years, I’ve seen quite the signs in the team matchups of the super bowl portray metaphorically, current events or prophecy. I was praying for an NFL game months ago that would give us another confirmation of the California mega quake to come and man, I think I got it. That NFC championship between the San Francisco 49ers and the LA Rams was that game, 2 California teams. I snapped some pics of that game. On LA Ram’s first drive, they took the ball down to the 22 yard line at 9:11 on the clock. On the last dash of hope, play of the game for San Fran 49ers, they were on the 22 yard line and could go no further, God telling me San Francisco will go no further. That city will not make it to 23. The mega quake is gonna destroy that place. The 3rd sign in the game, to some of you may seem speculative, but God has given me the #37 as a sign in a dream (all about California) years ago with confirmations and the final score wound up being 20 to 17= 37 points. San Francisco is getting rammed this October and it will be the biggest event in the last 20 years.

We need to watch for tsunami is September as well, as the Shemitah event, Tokyo Japan getting mega quaked and sending tsunami across the pacific to wreck much of the west coast, as a pre mega quake sign. I’m here in California warning churches and people here thru flyers on cars and going to Pastors with my book, giving it freely to them. My plans are to be here thru July, maybe into August some, then getting out of here before these events come to wreck this state. Of course, as some of you know, this has been overwhelmingly confirmed in the 17 Confirmations at the 911quake.com site. If you downloaded the book from there in the past, well, the new one is up with much more, of course, still for free without charge.

I know there are some new ideas here to chew on, some even may be challenging, but if you do the research, you’ll find why my critical thinking skills kicked in to thoroughly investigate these issues of prophecy and I hope you’ll give it a fair heaing at prophecyhub.blogspot.com . Here is a meme of what I’m talking about 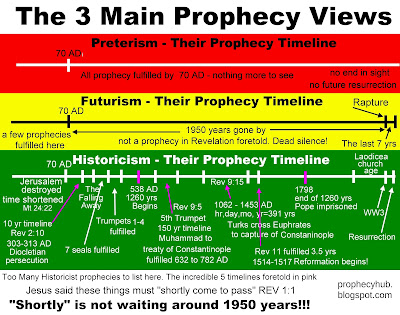 Now is the time to set a 2 to 3 year plan in storing massive food and water filters, to prepare for ww3. Start now. Take some steps each week. Pace yourself and keep prepping. God bless you as you do this to presere the life of you, your family, friends and a helping a few strangers along the way. We can avoid much suffering in the short season of WW3 to come, if we will take those steps to prepare. Until then, be a witness for Christ. Shine his light where it can be received. Contend for the souls of those who are lost. Warn them of what’s to come and keep striving for holiness and staying clean. We are surrounded by fools who continue to blast lies and cultural crap in mass media and social media. Their doom is sealed if they don’t repent. Their lives are ending soon, but the best of ours is yet to come. Look up and rejoice…