5. Encyclopedia Britannica 11th edition, says there was a  WIDE SPREAD 6000th year doctrine among the Jews and the early church. Jews still hold to this doctrine today, that Messiah must come by the 6000th year (full quote below).

10. Below, the Bible Chronology chart  from Ernest L Martin’s research (1989), 28AD as the year Jesus 1st came (at his baptism), at the 4000th year; adding 2000 yrs, to 2028 as the 6000th year.
This is a direct year count from the Bible.
No faulty calendars used
11. RH Vargo Book Tribulation, with several alternative 360 day year calculations, all coming to 2028.
12. Josephus' commentary in the Talmud stated that Eliyah the prophet taught in plain, non metaphor language, that human history would last 6000 years, then the kingdom of Messiah would come in the 7th millenium.
13. Hosea 6:2 - After two days will he revive us: in the third day he will raise us up,  and we shall live in his sight. Hosea prophesied this around 750 BC.  in the 3rd day  (3rd millenial day) he will raise us up, foretelling the resurrection in the 3rd day after 750 BC, showing biblical millenial day time keeping.
14. Joshua 3:3-4  "2000 cubits" into the promised land with the Ark of the Covenant before the people could follow, foreshadowing Christ 2000 years ahead of us, then we enter the promised land, metaphor for our promised eternal reward, 2000 years after Christ.
15. Luke 10:35 -  Parable of the Samaritan
"two pence" payed to care for the injured man equals 2 days wage = 2 millennial days.
Take care of him, and whatever more you  spend, WHEN I COME AGAIN, I will repay you.
16. Luke 13:32 - Go and tell that fox, Behold, I cast out demons and do cures today and tomorrow and on the 3rd day, I shall finish my work. "today and tomorrow" is 2 millennial days. The 3rd day is his 1000 year reign.
Because of the wide spread doctrine of the 6000th year in the days of Jesus, clearly, his prophetic word has a completely different mindset than how prophecy teachers of today see it.
More quotes and evidences below
Never did he say we
couldn’t know the year or season.
But you, are not in darkness, as though that
day should overtake you as a thief.  I TH 5:4
This chronology in a deeper research
can be found here This chart is not using faulty calendars, but is a direct year count from scripture alone!
Our chronology chart above show the Jewish calendar (over 200 years off) is unaccountable!
The popular doctrine of "The Imminent Return of Jesus" has been wrong from it's very conception. These evidences point to the 6000th year for his coming. Even if you believe in a pre or mid tribulation rapture, you would look to 7 years or 3.5 years before the 6000th year. How these modern popular prophecy teachers have over looked this is amazing! There is not a greater prophecy with timing, and with more backing it than this!
Many scholars are relying on faulty Ptolemy year count, in thinking we are past the 6000th year, including James Ussher. Such faulty data has deceived most of the prophecy teachers and they are at a loss with timing to prophecy, which is leading them into trying to find other ways and scenarios in bible prophecy, which is only making matters worse. The confusion is causing many Christians to cast off prophecy, sadly, missing out on the exciting revelations being given on the timing of his coming.
Tom Horn and Rabbi Jonathan Cahn believe in the year 2075, by the Essene Calendar, which is fatally flawed, not taking into account that the scriptural moon calendar (Lev 23)  resets every year by the Abib barley harvest, and by default,  follows the solar calendar, so their entire argument for the Essene solar calendar is baseless and more so proven here. Also, the Essene calendar cannot do a direct year count from scripture, like the chronology chart above and come to the 6000th year at 2075.
This body of evidence, makes it clear. The 6000th year is what to watch for and the evidence points to 2028.
Like the prophets, apostles and the early church, today's church should have been teaching this, instead of the pre trib rapture.
Scriptures backing the 6000th year and the millennial day calendar...
Rev 20:1-3, Rev 20:5-6, Lev 25:10 with Gen 6:3, PS 90:4, 2 Pet 3:8, Luke 10:35, Luke 13:32 To this day, the Jews hold to the doctrine of the 6000th year, first taught by Eliyah the Prophet. Was Eliyah wrong? Were all the early church leaders wrong?
If the chronology chart above is wrong, it would err on the side of being past the 6000th year, which according to this body of evidence, cannot be so. And the year count can definitely not be shorter because there's too many years to account for.  The chronology chart above does not use faulty calendars, but is a direct year count, strait from the bible, to Christ's baptism. If it is off by 2 or 3 years in some people's minds, the strong weight of the supernatural signs of 2028 backing, is a strong witness against that.
We must conclude that the 6000th year is just about here, regardless of knowing the exact year, but 2028 does provide us with the most evidence, from chronology and the evidence of what some of us believe Yahweh is supernaturally speaking in signs and dreams of this.
HALLE-YAHWEH! Jesus is coming soon!
Rejoice and endure to the end! Our reward is exceedingly great! As some of you know, I issued an apology on Youtube for when the tsunami didn't come to pass when I expected it. Man, were those signs so strong. It's still a mystery to me. As far as the Yom Kippur dream, I'm still on watch for something from that. I look back and think maybe I misinterpreted that dream. In the original post of the dream, I make note that right before I went to sleep that night of the dream, I asked in prayer for when the market was going to go down big, so perhaps the location in California threw me off and it was just a dream to show when a stock market crash is coming. I don't know, but I'm on watch to see if anything should happen on October 5th. If we do get a market crash then, ok, then we know I was a big goof and misinterpreting the dream, but it did take place in Santa Cruz, CA, so it leaves me still wondering.

The tsunami Sept 12/13 date expected didn't happen, but what did happen on the morning of Sept 13th, was the stock market took a deep dive and lost around 5% that day. That's a pretty huge drop of the market. Perhaps that was a harbinger, a sign of what's ahead. And what if it is a harbinger not only for a market crash, but a harbinger of the tsunami/mega quake prophecies to later fulfill. One can only wonder because of the incredible strength of those Japan countdown signs we had. 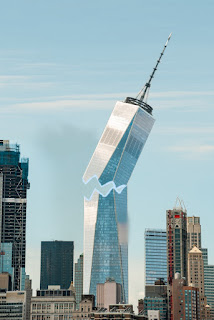 Another dream I'm watching is the "in 2 days dream", I had back on October 3, 2021. I hope you'll go there to check that one out. That seems to tell us to watch for 2023, since a day in prophecy equals a year and that would be  October 2023, from when the dream was given.

After a few days of feeling broken from the tsunami fail, I feel better and someone's been praying for me because the Holy Spirit has been ministering to me in the distress I was feeling. I'm ok now. I have a cousin who has been heckling me about this. He's used to be a believer, but turned away from Christ several years ago. He doesn't know it, but he has a fundamentalist state of mind. He can't find flexibility, in that we see thru a glass darkly, and adjustments need to be made when one is wrong in their assessments. I have tried to make those adjustments and corrections where needed. He thinks all ministries need to have some sort of spotless track record. I and this ministry has never claimed to be one of those spotless prophetic voices. Never once. I know I can misinterpret at times. Heck, though I kept a record of it, I didn't even know what I had with the Trump ripped vision, until after he was ripped from the presidency. What does this say. This says God is dishing out some great prophecy thru this ministry, but I the person behind it am prone to error. That means all the more, God gets the glory and any reputation of greatness about me, you can crucify that right now and always. To God be all the glory. And I rejoice over that because I am nothing and it sure is nice not to have that perfectionist fundamental mind set pressure over me, that my cousin thinks permeates the church, which in a way, he's right. We should focus on substance, not the fluff of personalities in ministry.

Ok now, this week is coming upon that infamous 29th of Elul, on Sept 25th. Be on watch for a possible market crash near that time too, since it happened in 2001, 2008 and 2015. It's a settlement date and a prophetic harbinger of economic trouble, for the Shemitah year expiring, which has been the most intense economic time every seven years.

Until next month, be blessed in all God would prosper you to do to love one another and help each other get thru to the 6000thyear.com